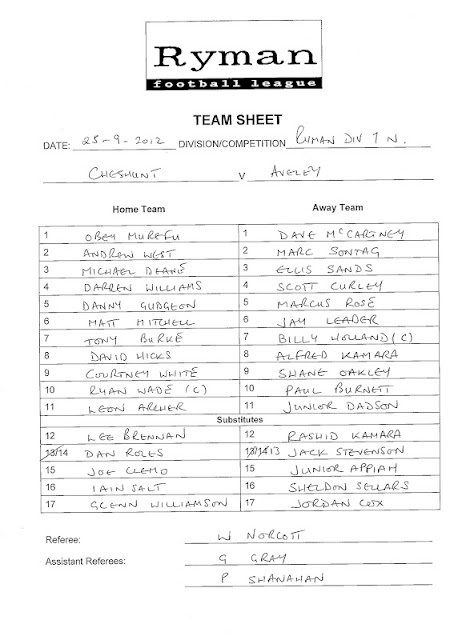 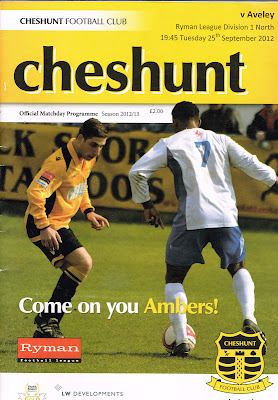 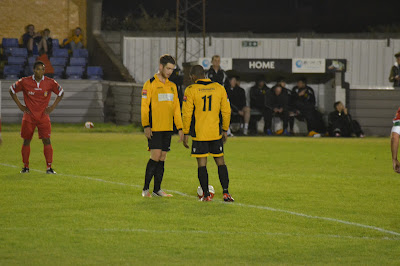 After a 5 match losing streak this game looked to be heading to 6 games,David Hicks scoring for The Ambers on 7 mins to go 1 nil up only for Aveley to score 2 in reply on 13 & 15 mins through Shane Oakley & Paul Burnett. The old joke about the whole team being banned from owning dogs because they can not hold a lead for long seemed to be in evidence again tonight.Then captain Ryan Wade equalised on 25 mins and on 35 he was brought down just outside the Aveley 18 yard box and the melee that started afterwards saw Aveley's Scott Curley and Cheshunts on loan striker Courtney White red carded.In the second half Aveley no.2 Marc Sontag was also red carded for a foul on..yep youve guessed it...Ryan Wade who was substituted not long after before his mouth could do any more damage. With Aveley only having 9 players on the pitch, it was only a matter of time before Cheshunt found the back of their net and David hicks scored his second on 70mins and Lee Brennan scored on 78mins.There was still time for another red card and it was Aveley who got their 3rd of the match when Ellis Sands got a yellow on 86 mins for a foul,only to be shown a red when he bad mouthed the ref.Silly boy.Still a welcome win and a leap up to 5th in the table.Job done. Witham Town on saturday,3pm kick off. bring 'em on. 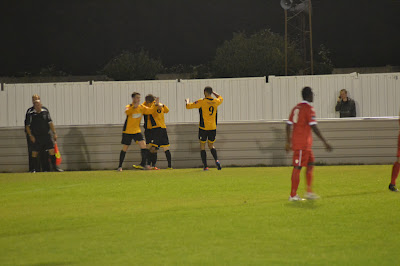 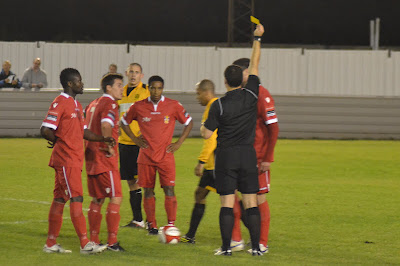 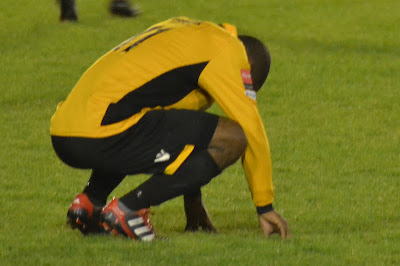 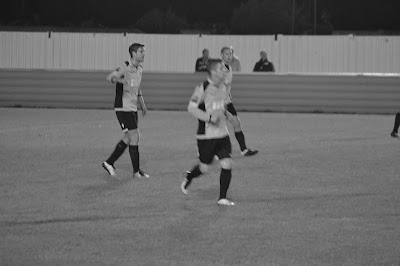