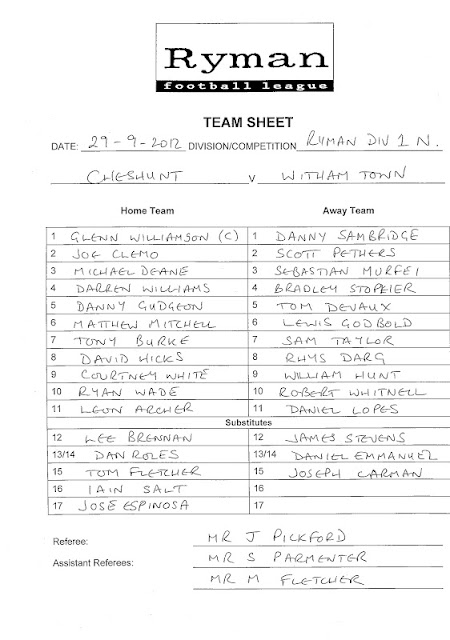 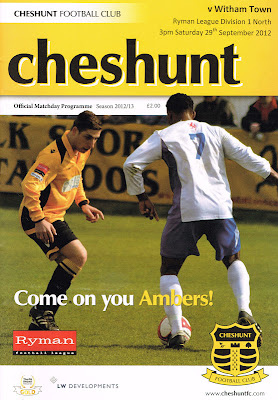 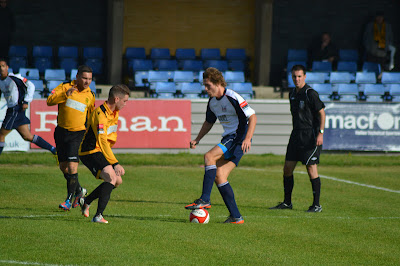 After the 6 goals (& 4 red cards)on tuesday night and 7 goals on weds night,we all thought that we had had our quoter of excitment for a month in the space of 5 days.We were wrong.Cheshunt were by far the better side during the first 45 minutes,going in at half time 2-0 up,with goals from Leon Archer on 40 mins and Ryan Wade on 44 mins.The only downside was David Hicks getting a straight red for a 2 footed tackle,the Witham player was also going in for the ball at the same time,and they both collided with each other.It was a 50/50 ball but the ref had no choice,he also had no choice in giving the Witham player Rhys Darg a second yellow card and then a red card for being stupid enough getting involved in retailiating when both the Cheshunt and Witham players involved in the collision were trying to get up of the floor.
Straight after kick off and Leon Archer got 'The Ambers' third and his second of the game and the home side were cruising.It was then that Cheshunt took their eye off the game and midway through the 2nd half Witham scored two goals in a minute,first Lewis Godbold found the net on 64 mins,then after some dredful defending Danny Lopes got Withams second on 65 mins.This set up a tense final 10 minutes when Witham threw everything they had at the Cheshunt defence.The Cheshunt team held out-even through 9 added minutes-and got the 3 points.With Tilbury drawing 1-1 vs AFC Sudbury this afternoon the two results mean that Cheshunt go up to SECOND IN THE TABLE.Result. 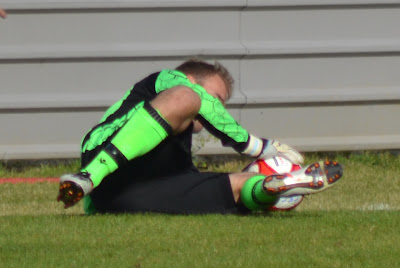 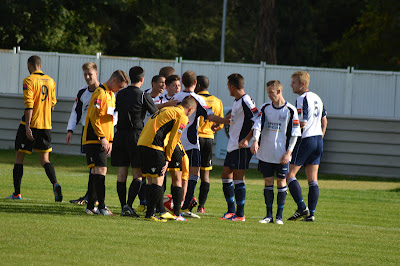 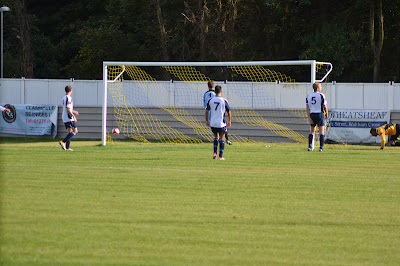 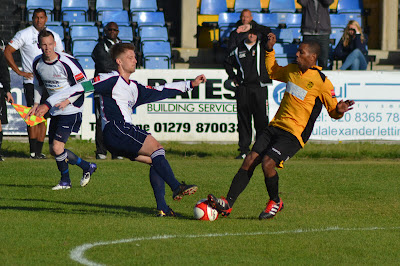