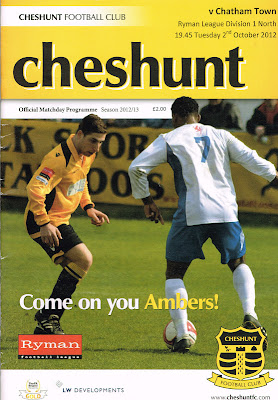 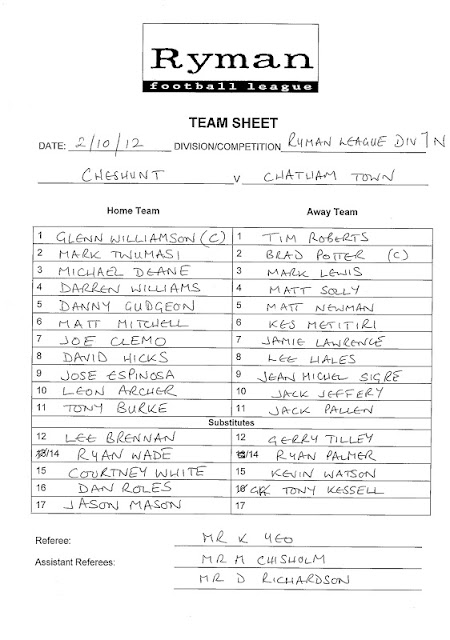 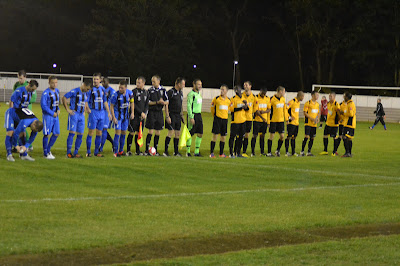 Going into tonights game,Cheshunt needed a win to go top,and started the better of the two teams for the first 15 minutes.Then Chathams no.9 Jean Michel Sigre scored on 18 mins against the run of play,and then started to play the better football forcing Cheshunt onto the backfoot on a number of occasions before the half time whistle.The second half started as the first finished and Chatham doubled thier lead on 50 mins with a goal from Jack Pallen.Defeat looked like it was on the menu for The Ambers as they just could not get into the game and were outplayed all over the pitch until substitute Courteney White scored on 72 mins and Cheshunt then upped the gears and started to play some good football and looked like they wanted to get something out of the match.The Chatham 'keeper thought it might be fun to keep wasting time respotting the ball every time he got a goal kick from one side of the 6 yard box to the other,but Cheshunt fought on and finally got thier equaliser on 77 mins with an own goal from Matt Newman after failing to clear a Joe Clemo attack. Cheshunt kept pushing on but were unable to get the winner,so after Tilbury winning 2-1,finished the night 3rd in the table.
Soham Town Rangers away on saturday standing between 1st and 3rd. 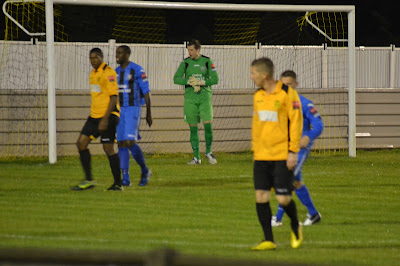 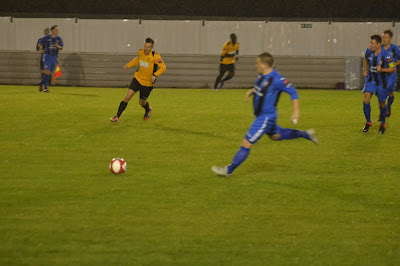 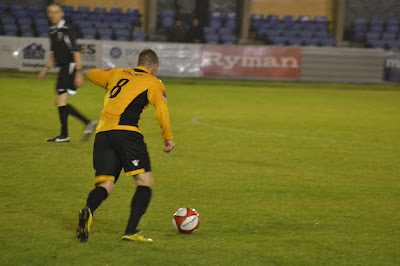 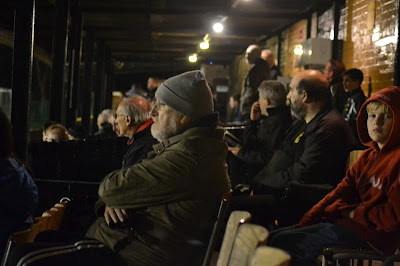