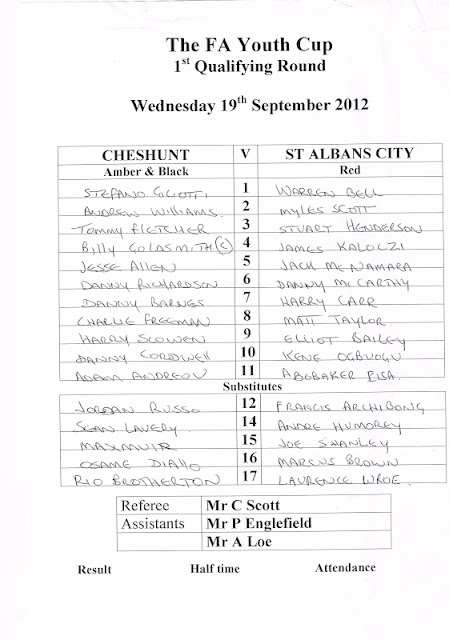 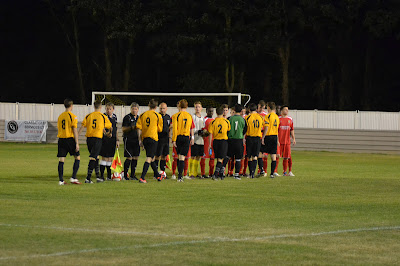 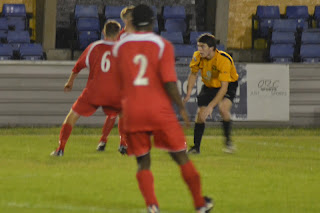 After 4 straight losses in a row,with 3 cup exits by the first team,it was left to the Cheshunt Under 18's to try and restore some pride.After the first 45 minutes and trailing 0-1 thanks to a goal by St Albans No.9 Elliot Bailey,it was looking like cup exit No.4. but an excellent fightback in the second half and an equalising goal on 50 minutes by Cheshunt's No.9 Harry Scowen and Cheshunt started to play with gusto and pride.A missed penalty for St Albans on 76 mins saw Cheshunt scored on the counter attack with an Osame Diallo strike on 78 mins.St Albans hit he post on 90 minutes only for Cheshunt to counter again and Rio Brotherton scoring in added time.An excellent result for the Ambers and Berkhamsted in the next round,Oct 3rd. 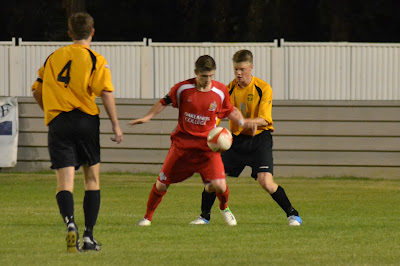 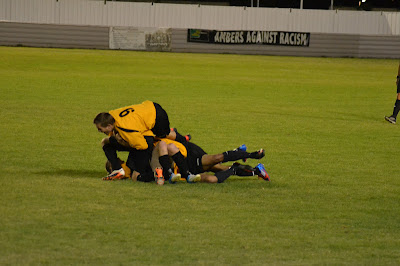 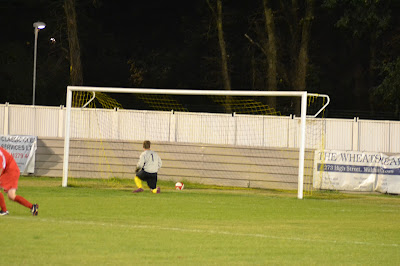